Singin’ in the Rain has all the makings of a Tinseltown tabloid headline – the starlet, the leading man and a love affair that could change lives and make or break careers! In silent movies, Don Lockwood and Lina Lamont are a hot item but, behind the scenes, things aren’t always as they appear on the big screen! Meanwhile, Lina’s squeaky voice might be the end of her career in “talking pictures” without the help of a talented young actress to do the talking and singing for her.

Audition Date: Saturday, May 22nd, 2021
Auditions will be held, in person, in the Wylie Acting Group theatre at 205 Industrial Court in Wylie. Once you have registered online, you will receive a link to select a specific audition time. Audition groups will be limited to a maximum of 10 actors per group. When you come in you will have your photo taken. Please do not bring props to the audition. Also, the casting committee requests that you do not wear costumes or face paint. Everyone will be expected to adhere to social distancing guidelines during the audition.

Lina: Never mind RF. Listen to that applause out there! It’s for me! For Lina Lamont! Wait till the money starts rolling in! You’re not gonna give all that up cause a little nobody who nobody ever heard about don’t wanna be my voice.

Kathy: Oh, no offense. But you see, I’m not interested in the movies. I guess it’s entertaining enough for the masses, but then the personalities on the screen don’t impress me. I mean, they don’t act—they just make a lot of dumb show… well, you know. Like that. Acting means great parts—wonderful lines—speaking those glorious words…Shakespeare, Ibsen… Well, I’m not in a show right now. But I will be—I’m going to go to New York!

Don: Well, Dora. I’ve had one motto which I’ve always lived by: Dignity—always dignity. This was installed in me by my mum and dad from the beginning. They sent me to the best dancing schools. Where I met my lifelong friend- Cosmo Brown. And with him, I used to perform for all mums and dad’s society friends. They used to make such a fuss over me. Then, if I was very good, I was allowed to accompany mum and dad to the theater. They brought me up on Shawn and Moliere. The finest of the classics.

Dora: Hello, out there! This is Dora Bailey talking to you in front of the Graumann’s Chinese Theatre in Hollywood. What a night! Every star is at the premiere of Monumental Picture’s “The Dancing Cavalier”. Once again, we reunite those immortal screen lovers Don Lockwood and Lina Lamont in their first all talking, all singing, all dancing musical romance. It is an event that will go down in cinema history.

Our backstage crew for this show will be assisting with set changes during scenes and songs. It will be necessary that crew members be in costume for this production. You must be at least 13 years old to work on the crew. Crew will not need to come to the theatre for auditions.

Begin Monday, May 24th and will be held weekly on Monday/Wednesday/Saturday for the most part. Generally, weekday rehearsals will be from 6:30 pm to 9:30 pm and Saturdays will vary. Anticipate additional called rehearsals. An in-depth rehearsal schedule is provided at the time of registration beginning three weeks before the audition date. Attendance by child and adult representative at the first rehearsal is required and non-negotiable – this rehearsal may be held via Zoom. Rehearsals will be limited to small groups with various arrival and dismissal times. Rehearsal attendance is crucial, but no absences are allowed on any rehearsal marked mandatory unless disclosed in registration form conflicts. Inability to attend rehearsals affects casting eligibility. 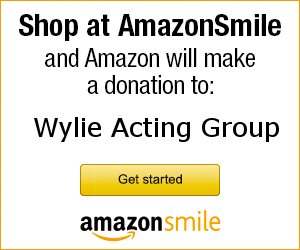